In January 2023, the Caltech Space Solar Power Project (SSPP) is poised to launch into orbit a prototype, dubbed the Space Solar Power Demonstrator (SSPD), which will test several key components of an ambitious plan to harvest solar power in space and beam the energy back to Earth.

Space solar power provides a way to tap into the practically unlimited supply of solar energy in outer space, where the energy is constantly available without being subjected to the cycles of day and night, seasons, and cloud cover.

The launch, currently slated for early January, represents a major milestone in the project and promises to make what was once science fiction a reality. When fully realized, SSPP will deploy a constellation of modular spacecraft that collect sunlight, transform it into electricity, then wirelessly transmit that electricity over long distances wherever it is needed—including to places that currently have no access to reliable power. 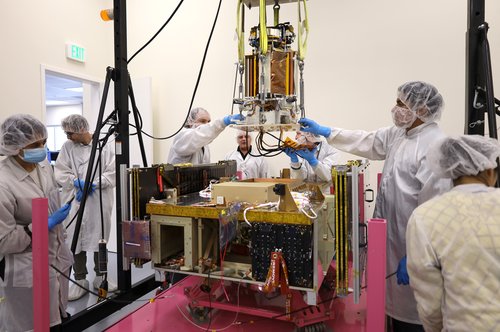 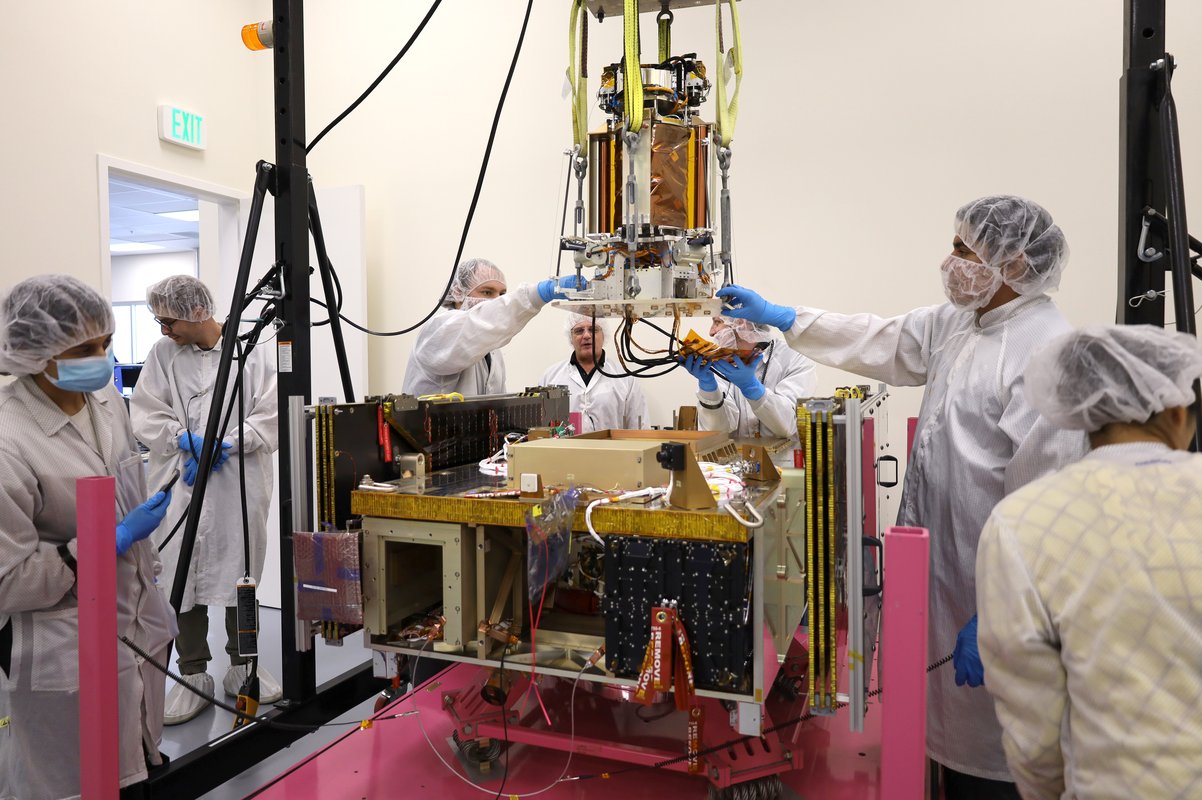 A Momentus Vigoride spacecraft carried aboard a SpaceX rocket on the Transporter-6 mission will carry the 50-kilogram SSPD to space. It consists of three main experiments, each tasked with testing a different key technology of the project:

An additional fourth component of SSPD is a box of electronics that interfaces with the Vigoride computer and controls the three experiments.

SSPP got its start in 2011 after philanthropist Donald Bren, chairman of Irvine Company and a lifetime member of the Caltech Board of Trustees, learned about the potential for space-based solar energy manufacturing in an article in the magazine Popular Science. Intrigued by the potential for space solar power, Bren approached Caltech's then-president Jean-Lou Chameau to discuss the creation of a space-based solar power research project. In 2013, Bren and his wife, Brigitte Bren, a Caltech trustee, agreed to make the donation to fund the project. The first of the donations to Caltech (which will eventually exceed $100 million in support for the project and endowed professorships) was made that year through the Donald Bren Foundation, and the research began.

"For many years, I've dreamed about how space-based solar power could solve some of humanity's most urgent challenges," Bren says. "Today, I'm thrilled to be supporting Caltech's brilliant scientists as they race to make that dream a reality."

The rocket will take approximately 10 minutes to reach its desired altitude. The Momentus spacecraft will then be deployed from the rocket into orbit. The Caltech team on Earth plans to start running their experiments on the SSPD within a few weeks of the launch.

Some elements of the test will be conducted quickly. "We plan to command the deployment of DOLCE within days of getting access to SSPD from Momentus. We should know right away if DOLCE works," says Sergio Pellegrino, Caltech's Joyce and Kent Kresa Professor of Aerospace and Professor of Civil Engineering and co-director of SSPP. Pellegrino is also a senior research scientist at JPL, which Caltech manages for NASA.

Other elements will require more time. The collection of photovoltaics will need up to six months of testing to give new insights into what types of photovoltaic technology will be best for this application. MAPLE involves a series of experiments, from an initial function verification to an evaluation of the performance of the system under different environments over time. Meanwhile, two cameras on deployable booms mounted on DOLCE and additional cameras on the electronics box will monitor the experiment's progress, and stream a feed back down to Earth. The SSPP team hopes that they will have a full assessment of the SSPD's performance within a few months of the launch.

Numerous challenges remain: nothing about conducting an experiment in space—from the launch to the deployment of the spacecraft to the operation of the SSPD—is guaranteed. But regardless of what happens, the sheer ability to create a space-worthy prototype represents a significant achievement by the SSPP team. 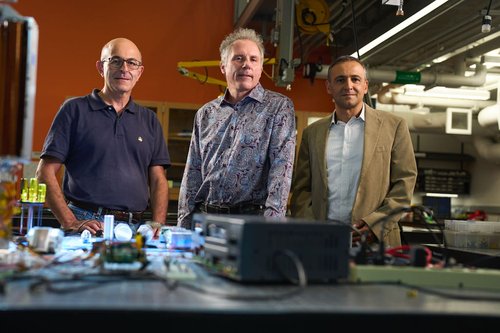 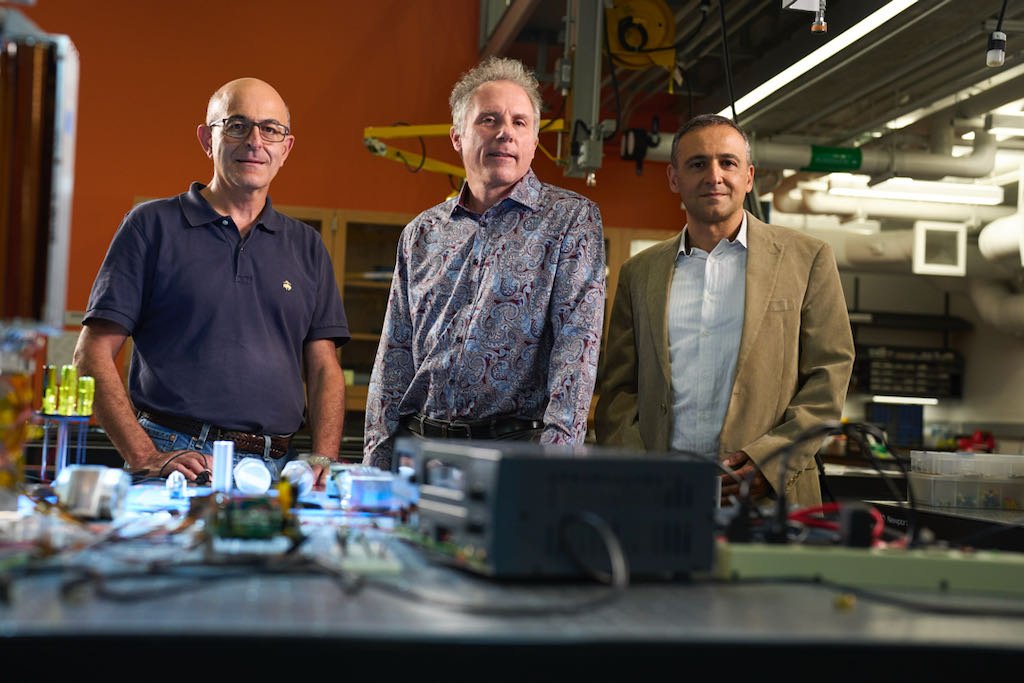 "No matter what happens, this prototype is a major step forward," says Ali Hajimiri, Caltech's Bren Professor of Electrical Engineering and Medical Engineering and co-director of SSPP. "It works here on Earth, and has passed the rigorous steps required of anything launched into space. There are still many risks, but having gone through the whole process has taught us valuable lessons. We believe the space experiments will provide us with plenty of additional useful information that will guide the project as we continue to move forward."

Although solar cells have existed on Earth since the late 1800s and currently generate about 4 percent of the world's electricity (in addition to powering the International Space Station), everything about solar power generation and transmission needed to be rethought for use on a large scale in space. Solar panels are bulky and heavy, making them expensive to launch, and they need extensive wiring to transmit power. To overcome these challenges, the SSPP team has had to envision and create new technologies, architectures, materials, and structures for a system that is capable of the practical realization of space solar power, while being light enough to be cost-effective for bulk deployment in space, and strong enough to withstand the punishing space environment.

"DOLCE demonstrates a new architecture for solar-powered spacecraft and phased antenna arrays. It exploits the latest generation of ultrathin composite materials to achieve unprecedented packaging efficiency and flexibility. With the further advances that we have already started to work on, we anticipate applications to a variety of future space missions," Pellegrino says.

"The entire flexible MAPLE array, as well as its core wireless power transfer electronic chips and transmitting elements, have been designed from scratch. This wasn't made from items you can buy because they didn't even exist. This fundamental rethinking of the system from the ground up is essential to realize scalable solutions for SSPP," Hajimiri says. 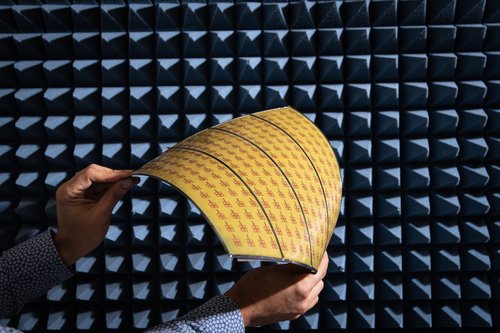 The prototype antenna sheet for the power transmitter array that demonstrates the unit's flexibility. Each orange square on the yellow tile is an antenna to be driven by a single transmitter. Credit: Lance Hayashida/Caltech
Image Lightbox 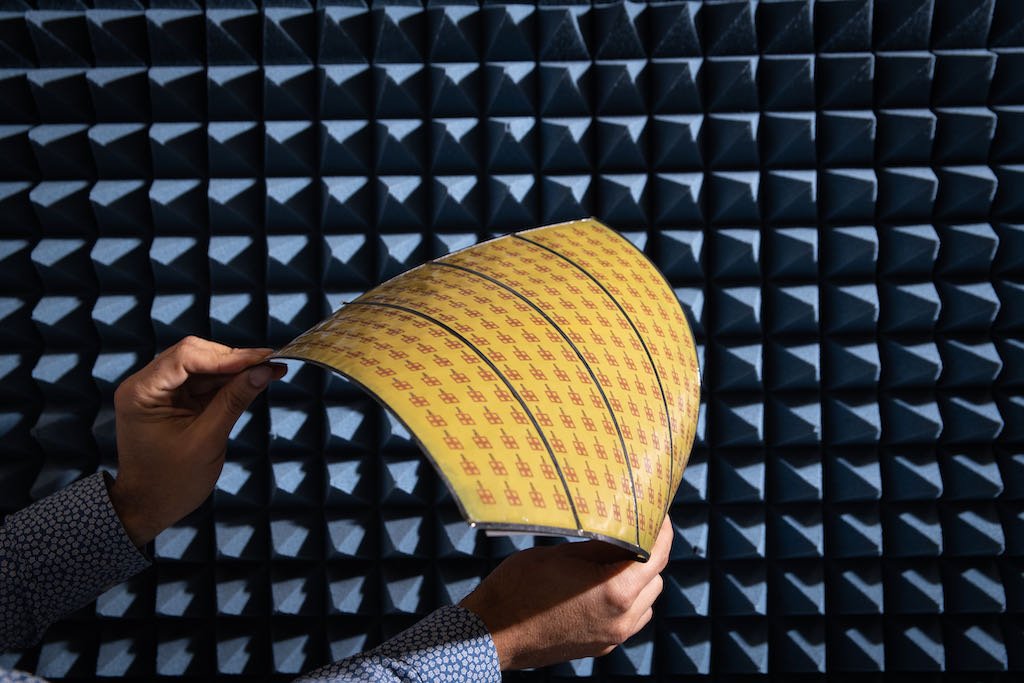 The prototype antenna sheet for the power transmitter array that demonstrates the unit's flexibility. Each orange square on the yellow tile is an antenna to be driven by a single transmitter.
Credit: Lance Hayashida/Caltech
Download Full Image

The entire set of three prototypes within the SSPD was envisioned, designed, built, and tested by a team of about 35 individuals. "This was accomplished with a smaller team and significantly fewer resources than what would be available in an industrial, rather than academic, setting. The highly talented team of individuals on our team has made it possible to achieve this," says Hajimiri.

Those individuals, however—a collection of graduate students, postdocs, and research scientists—now represent the cutting edge in the burgeoning space solar power field. "We're creating the next generation of space engineers," says SSPP researcher Harry A. Atwater, Caltech's Otis Booth Leadership Chair of the Division of Engineering and Applied Science and the Howard Hughes Professor of Applied Physics and Materials Science, and director of the Liquid Sunlight Alliance, a research institute dedicated to using sunlight to make liquid products that could be used for industrial chemicals, fuels, and building materials or products.

Success or failure from the three testbeds will be measured in a variety of ways. The most important test for DOLCE is that the structure completely deploys from its folded-up configuration into its open configuration. For ALBA, a successful test will provide an assessment of which photovoltaic cells operate with maximum efficiency and resiliency. MAPLE's goal is to demonstrate selective free-space power transmission to different specific targets on demand.

"Many times, we asked colleagues at JPL and in the Southern California space industry for advice about the design and test procedures that are used to develop successful missions. We tried to reduce the risk of failure, even though the development of entirely new technologies is inherently a risky process," says Pellegrino.

SSPP aims to ultimately produce a global supply of affordable, renewable, clean energy. More about SSPP can be found on the program's website. 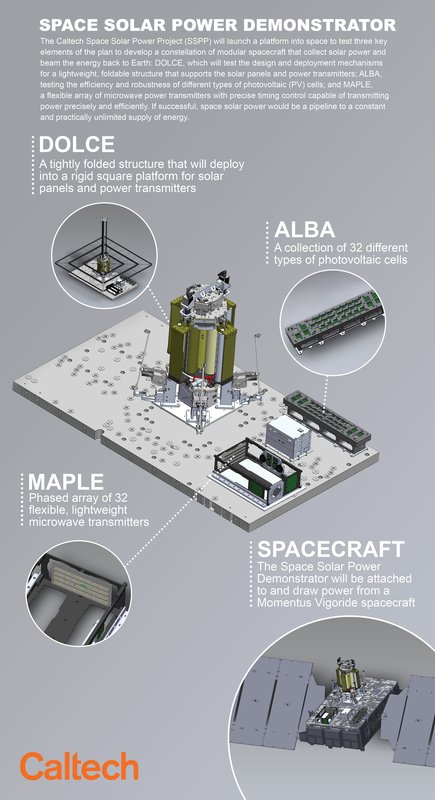